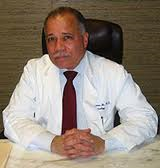 Dr. John B. Clemmons was born in Savannah, Georgia, in 1949. His father was a professor of mathematics who dreamed of being a doctor, but despite his acceptance at Meharry Medical College, lacked the necessary funds. Instead, he encouraged his son to pursue a medical career.

Before finishing his medical education, Dr. Clemmons used a fellowship from the Thomas Watson Foundation to travel to Tanzania, Jamaica, and Nigeria to provide medical care to the people there.