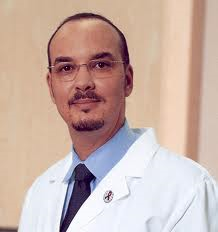 A Houstonian since 1960, Joseph Gathe Jr graduated from Strake Jesuit College Preparatory as the second ranked academic student and was recognized with top honors in both science and foreign language. He then attended and graduated from Trinity University in three years Summa Cum Laude and was awarded the Presidential scholarship every year for maintenance of a 4.0 grade point average. Subsequently, Dr. Gathe received his MD degree from Baylor College of Medicine with honors in 1981. During medical school he was the recipient of the Alpha Omega Honor Society Award, and was recognized as a Henri J. Kaiser Merit Scholar. Dr. Gathe completed an internship and residency program at Baylor College of Medicine and was recognized over that period of time as the Most Outstanding Resident in Internal Medicine. Prior to his fellowship training in Infectious Diseases at the Methodist Hospital in Houston he was appointed as the first African American Chief Resident at St. Luke’s Hospital in 1984. He is a diplomat of the American Board of Internal Medicine, a Fellow in the American College of Physicians and a Fellow in the Infectious Diseases Society of America.

Dr. Gathe has been in private practice in Houston since 1986, providing both inpatient and outpatient infectious diseases specialty care, serving in the community where he was born and raised. He maintains one of the largest private practice clinics for HIV patients in the United States and experience gained here has led to his recognition as an International Thought Leader in the care of those living with HIV infection. As part of his clinic, Dr. Gathe has an active clinical research initiative and has been Principal or Co-Investigator for over 200 protocols focused on improving the status of persons living with HIV. He has published extensively on these topics in professional journals such as AIDS, Journal of Infectious Diseases, Annals of Internal Medicine, Journal of Acquired Immune Deficiency Syndromes and American Journal of Medicine. Importantly, he has several ‘world’s first” presentations including the successful treatment of CNS toxoplasmosis (a fatal parasitic infection of the brain) with tetracycline derivatives (1991), effective treatment of cryptosporidium diarrhea (which prior had led to dehydration and death) with Paramomcyin (1991) and Rifaximin (2008), and finally the first presentation describing the ability to control the HIV virus in a high percentage of patients with simply using one active HIV drug instead of three (2004).
Through the years Dr. Gathes’ practice has followed and treated hundreds of patients infected with the Hepatitis C virus with and without HIV co-infection. Recognizing the recent scientific breakthroughs that will allow the cure of Hepatitis C he has created the Cure-C-Consortium that will bring to Houston an organized and scientifically rational approach to hepatitis C treatments. The program will include detailed evaluations, educational opportunity as well as offering state of the art treatment programs and access to cutting edge research initiatives. Recognizing the field of Hepatitis C is changing rapidly, Dr. Gathe has become a member of European Association for the Study of the Liver and American Association for the Study of Liver Disease.

While healthcare delivery continues to change, Dr. Gathe remains dedicated to the patients he serves and to the advancement of medical science to ensure access to the most advanced medical care for our community.